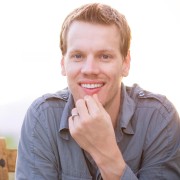 Many years ago, I had just finished managing a cardiac arrest case at a local ER in my hometownwhen suddenly a very vivid scene played out in my mind. The cardiac arrest case had ended with the best outcome possible: my team had just brought a person back from the brink of death. As I tossed my gloves in the wastebasket and stepped outside the ER doors to take a quick break, the scene that played out in my mind was that of a red carpet premiere on Hollywood Boulevard, with me as the star. I pictured the adoring fans and the fawning newscasters waiting in anticipation of getting a prized interview. This daydream took me by surprise, because I had never felt a desire for recognition for my work before. I know that saving lives is a team effort, that much of what we do goes unnoticed, and I’ve always felt that just a smile and a “thank you” from a patient is reward enough. However, this day I thought to myself that a crowd of people congratulating me for helping save a life would be nice.

In today’s society we honor, thank, and sing the praises of someone who can rush for a touchdown or someone who can throw a 90 mph fastball. But for all the attention we give to sports teams and celebrity culture, this might be a misplacement of society’s admiration. As cool as those things are, they don’t even come close to the impact that millions of healthcare workers around the globe have on the lives of those around them. As an ER and trauma nurse, I have seen extraordinary acts of heroism by healthcare workers that have never made the headlines, never gotten recognition, and never been acknowledged.

Well, fast-forward to January 2012, and the scene of the red carpet scenario played out in my real life, albeit to a much smaller degree. I was beyond excited when the REAL Awards contacted me and told me that I was an honoree of their inaugural REAL Awards campaign. It was such an honor to be recognized for my decade-plus work in emergency services, and I had the opportunity to meet amazing people at the ceremony, including former President Bill Clinton. The truth is, I accepted the award with the mindset that it wasn’t just for myself, but also for the millions of healthcare workers whose work often goes unrecognized. I count it a great privilege to be a REAL Awards honoree, and my goal is to reflect that recognition towards my fellow colleagues across the globe, who sacrificially give of themselves so that others can live.

Donn Kropp is the Co-Founder and Director of ClickPlayCEU.com