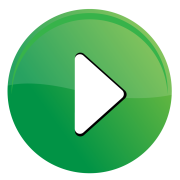 We are proud as peaches to announce that we won the 19th Annual Communicator Award of distinction for online video. Are peaches proud? Who knows and who cares, we just thought it was good use of alliteration. We digress, the real story here is that we are honored and humbled to receive an award of this caliber. Our team has worked hard to bring the best of the best in healthcare and human services education through the medium of video. We are so glad to be able to serve those of you who watch and learn from our accredited video presentations. Thank you all!

New York, NY (April 30, 2013) – The winners of The 2013 Communicator Awards have been announced by the International Academy of the Visual Arts today.  With over 6000 entries received from across the US and around the world, the Communicator Awards is the largest and most competitive awards program honoring the creative excellence for communications professionals.

The Communicator Awards are judged and overseen by the International Academy of the Visual Arts (IAVA), a 600+ member organization of leading professionals from various disciplines of the visual arts dedicated to embracing progress and the evolving nature of traditional and interactive media.  Current IAVA membership represents a “Who’s Who” of acclaimed media, advertising, and marketing firms including:  AirType Studio, Condè Nast, Disney, Keller Crescent, Lockheed Martin, Monster.com, MTV, rabble+rouser, Time Inc., Tribal DDB, Yahoo!, and many others.  See www.iavisarts.org for more information.

“We are both excited and amazed by the quality of work received for the 19th Annual Communicator Awards.  This year’s class of entries is a true reflection of the progressive and innovative nature of marketing and communications,” noted Linda Day, executive director of the International Academy of the Visual Arts.  She added, “On behalf of the entire Academy I want to applaud this year’s Communicator Awards entrants and winners for their dedication to perfecting their craft as they continue to push the envelope of creativity.”

About The Communicator Awards: